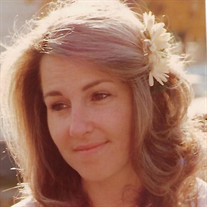 Natalie Ann Sansom passed away peacefully on May 19, 2021 at the age of 74. She was preceded in death by her parents Anna (Pat) and Stephen Lishak, her sister Anette Lishak Ineichen, and is survived by Dick, her loving husband of 44 years, her brother Robert and his wife Lisa, a niece and nephew, and two step children. Natalie graduated from Perth Amboy High School in 1964, and subsequently earned a degree in laboratory technology in 1966. She had a long history of employment beginning at the age of 13 when she served as the summer playground supervisor at Rudyk Park located in Perth Amboy, NJ. She later worked as a biologist at Merck and Co., in Rahway, NJ, as Director of Operations for Jenny Craig, Canada, and as Regional Sales Manager for Results Weight Loss in Florida. Natalie and Dick were considered to be the family gypsies because they relocated so frequently. They lived in a variety of locations including: Westfield, NJ, Toronto and Vancouver, Treasure Island, St. Petersburg Beach, and Spring Hill in Florida. Natalie and Dick loved to travel and spent extended holidays in Dick’s home country, England. She enjoyed sightseeing in Western European countries and especially enjoyed time spent in London, Rome, and Paris and Mexico City , and they were especially fond of spending time relaxing in the pool or on a sunny beach. It was on the island of Jamaica where Natalie and Dick met during the summer of 1976. Natalie was an avid reader and book club member. She enjoyed easy access to books on her Kindle and was often seen lounging by the pool at her home immersed in the latest novel. Her tastes were eclectic but she was usually drawn to fictional works. She was musically inclined and learned to play the accordion as an adolescent, and the piano as an adult. She earned a Coastal Sailing Certificate and enjoyed sailing the gulf coast waters as captain with her husband on a 33 foot Hunter sailboat. She grew up enjoying many sports and continued playing them along with Dick as locations and seasons allowed. First and foremost, Natalie was a kind and generous soul who enjoyed the love and company of a wide social group. Those who called her friend, were invited to themed parties among which were memorable Wimbledon, and “in poor taste” get-togethers. She freely gave her time to her family, and during the holidays spent lavishly on special gifts. Many said they could always spot those gifts coming from the Sansoms by the beautiful foil gift wrapping and large bows that were Natalie’s hallmark. She was a faithful wife and friend, and will be missed by all who knew her. Final arrangements are being handled by Memorial Park Funeral Home and Cemetery, 5750 49th St. North., St. Petersburg, FL 33709. Funeral service for Natalie will be held at 12:00 pm on Wednesday, May 26, 2021 at Memorial Park Funeral Home with cremation to follow. Friends may pay their respects on Wednesday from 11:00 am until the time of service at the funeral home. For those that are not able to attend in person, services will be lived streamed. To join the live streaming, you will go to the tribute wall tab on the day of her service and click on webcasting. If you have questions, please feel free to call the funeral home at 727-527-1196. Many of Natalie’s medical challenges revolved around her battle with hereditary hemorrhagic telangiectasia (HHT), and in lieu of flowers, donations may be sent to:( https://curehht.org ) or Cure HHT, P.O. Box 329, Monkton, MD 21111, or to the Mayo Clinic (https://philanthropy.mayoclinic.org)

Natalie Ann Sansom passed away peacefully on May 19, 2021 at the age of 74. She was preceded in death by her parents Anna (Pat) and Stephen Lishak, her sister Anette Lishak Ineichen, and is survived by Dick, her loving husband of 44 years,... View Obituary & Service Information

The family of Natalie Sansom created this Life Tributes page to make it easy to share your memories.

Send flowers to the Sansom family.