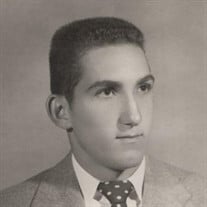 Kenneth Dale Kiefer was born on February 27, 1937, in Gridley, IL. On March 25, 2021, in Belleair, FL, he made his transition. He is survived by: * Brother Larry Kiefer of Gridley, IL (Barbara) * Brother Michael Kiefer of Castle Rock, CO (Daphne) * Daughter Kim Kiefer of Clearwater, FL * Son Kevin Kiefer of St. Louis, MO (Cristina) * Grandson Ryan Kiefer of St. Louis, MO * Granddaughter Corrin Thornton of St. Louis, MO (Bruce) * Great grandchildren Liam, Kyle, Charlotte, and Flyn His parents Eli and Lorene Kiefer, and two siblings Wilma Jean Kiefer and Donald Kiefer, preceded him in death as well as Mary Lou Kiefer, his wife of over 59 years, who passed in September 2020. Gridley, IL, is where Ken and his brothers grew up on the family farm. Daily life included chores, such as collecting eggs, etc. Many stories were told of brotherly mayhem, including such mischief as parachuting cats from the hay loft (among others). Ken attended Illinois State University in Bloomington-Normal, IL, where he embarked on an education. It was here that he met his wife Mary Lou. They were married in October 1961. Ken and Mary Lou moved to the South Chicago area, and settled in Dolton, IL, where they lived for over 20 years. Ken became a traffic manager at a glass plant, owned by Kraft foods and Ball glass, until his retirement over 25 years later. Ken kept himself busy with many pursuits. In addition to golf, he played poker, worked out at the health club, tended his garden, and barbecued during the summer. Above all, Ken loved sports, and was known to tune in on multiple devices. As an avid Cubs fan, Ken took his children to baseball games at Wrigley field. Many memories were made sitting behind home plate eating hot dogs, drinking soda, and singing “Take Me Out to the Ball Game.” What a thrill when the Cubs won the World Series in 2016. Go Cubs Go! Summer vacations included road trips to remember. Our family visited the Rocky Mountains in Colorado, the beaches of Florida, and the historical sites of Washington DC. From feeding chipmunks in Estes Park to shelling on Sanibel Island, Ken insured there was fun to be had. Most memorable was watching an Apollo launch from Cocoa Beach. Upon retirement, Ken and his wife moved to the Gulf Coast of Florida. They attended many theater productions, live concerts, festivals, and gatherings with friends and neighbors. They enjoyed fine dining and frequent trips to New Orleans, LA. Ken was fond of the casino, where he had a knack for winning. Ken was a delightful and generous man who loved Christmas. He was always well-dressed and dapper, with his colorful Kangol hats. He enjoyed his views of the water, whether it was the Gulf of Mexico or a nearby lake. In his final days, he found solace in the pair of swans that sat outside his window. We know that Ken has joined his wife in more ways than one. He made his final earthly journey to the medical school lab, where his wife Mary Lou went six months before. University is how they met and began their love affair, and it is how they ended it together. Having come full circle, Ken has gone home.

Kenneth Dale Kiefer was born on February 27, 1937, in Gridley, IL. On March 25, 2021, in Belleair, FL, he made his transition. He is survived by: * Brother Larry Kiefer of Gridley, IL (Barbara) * Brother Michael Kiefer of Castle Rock, CO (Daphne) *... View Obituary & Service Information

The family of Kenneth D. Kiefer created this Life Tributes page to make it easy to share your memories.

Send flowers to the Kiefer family.