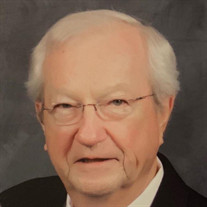 Not sure what to send?

Joseph Rawitser “Joe” Manning passed away in St. Petersburg, FL from heart complications on January 11, 2022, surrounded by his loving family. He and his wife of more than 60 years had been full time residents of St. Petersburg since June 2019. Joe was born in Lebanon, TN on August 14, 1941, the first child of J.D. and Emile Manning. He was followed by his late brother, James Ronald “Jimmy” Manning, born on January 30, 1944, and sister Patsy Ruth Manning, born on March 13, 1952. Joe graduated high school in 1959 from Castle Heights Military Academy in Lebanon. He attended the University of Tennessee in Knoxville for three years majoring in accounting and general business. He left before receiving a degree. He entered Vanderbilt University Law School in Nashville in September 1962 and graduated in May 1965. While he was in law school, he was editor of the law school’s Law Review, in which he had one article and two case reviews published. Following graduation from Law School, Joe accepted a position with the Atlanta law firm of Green, Neely, Buckley, DeRieux and Jones. In 1976 Joe, along with his friend John “Sonny” Morris, co-founded the Atlanta law firm of what became known as Morris, Manning & Martin. Joe headed the litigation department and Sonny the real estate department. The firm grew from six attorneys in 1976 and was known for its real estate, technology, corporate and litigation practices. When Joe retired at the end of 2007, the firm had approximately 180 attorneys with office located in Atlanta and Washington, D.C. Joe was a faithful member of the First United Methodist Church of St. Petersburg. He was a man of great faith, humility and unwavering values who will be deeply missed. He enjoyed playing golf and was a long-devoted fan of Vanderbilt and the Atlanta Braves and the Atlanta Falcons. Joe was once asked by a young law student interviewing for a job, how he had met his wife. Joe said that he wasn’t sure, but she may have been in her bassinet. That may have been literally the truth, since their parents were close friends and they frequently vacationed together as they were growing up. Joe and Jacqueline “Jackie” Winfree were married on December 18, 1960, and it has been a sixty year love affair. Joe and Jackie loved to travel and they have made numerous international trips to various parts of the world. They have visited five of the six continents. Joe and Jackie are the parents of Kim (Russell) Marks, Kelly (Peter) Beale and Joseph Brian (Tricia) Manning. He is proud grandfather of Ryan Neil Marks, Jacqueline Taylor Marks, Parker Manning Beale, Joseph Nicholas Manning, and Grace Elizabeth Manning and of Ryon Stelgis, his step-grandchild. Joe was predeceased by his parents, J.D. and Emile Manning and by his brother Jimmy. He is survived by his sister, Patsy Ruth (Jonathan) Manning and by several aunts, uncles, nieces, and nephews. Memorial Service will be held at 2:00pm on February 5, 2022 at First United Methodist Church of St. Petersburg, 212 3rd Street North, St. Petersburg, FL.

Joseph Rawitser &#8220;Joe&#8221; Manning passed away in St. Petersburg, FL from heart complications on January 11, 2022, surrounded by his loving family. He and his wife of more than 60 years had been full time residents of St. Petersburg... View Obituary & Service Information

The family of Joseph Rawitser Manning created this Life Tributes page to make it easy to share your memories.