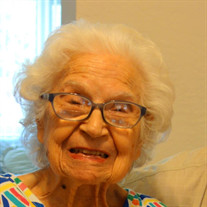 Antoinette M. Harvey, at 98 years of age in St. Petersburg, FL, one tough cookie, Antoinette “Toni” M. Harvey answered the Heavenly Father’s call to begin her eternal life. On February 20th 2021, after an exceptionally Italian lifetime, this daughter, sister, mother, grandmother, widow, and unquestionably great woman was peacefully reunited with her daughter Stephanie (d1981), husband Joseph P. (d1966), sisters Theresa, Josephine, & Jean, as well as the numerous friends she survived and so dearly missed in her twilight. She graced the life of everyone she met, but especially those of her remaining family: son Eugene P. (wife Viktoria), grandchildren Alexander P. & Regina C. (of prev. mg. MaryJo Golley), brother Dominic Lalla and many beloved nieces and nephews. Toni was born Antoinette M. Lalla on September 10th 1922, in Dogliola, Italy, (a charming place worthy of a Google street-view tour) and immigrated to the US in 1923 at 15 months old, marking only the beginning of her world travels. After graduating from Solvay High School in 1940 and attaining her BS “Cum Laude” from Cortland State Teachers College in 1944, she taught English to children after WWII on US military bases as far as Japan and Hawaii. Her love of the tropics contented her to build her nest in Florida, where she bought a newly constructed home and remained until only days before passing. She married in 1955 and raised her two children solo after being widowed in 1966. Gifts from her St. Pete 2nd graders lingered on her windowsills even after bringing home her EdMA in Reading from USF in 1976. She spent her golden years volunteering at the museums of downtown St. Pete, ballroom dancing, and practicing tai chi. She remained involved with the Retired Teachers’ Association, the Women’s Overseas League, and a small but abundant garden. Toni knew the power of pinching pennies, which allowed her to support many local, international and Catholic charities, who returned her generosity with a continuous supply of junk mail. This never deterred her kindness. “I never hold grudges,” she said often. Toni came from a time when people knew their neighbors, and her magnetic personality and genuine friendliness preserved the practice effortlessly. If she found her way into your heart with her bright smile and stories of exotic lands or pasta e fagioli, join us virtually in remembering her life on March 8th at 11:00 AM EST at St. Raphael’s Catholic Church on YouTube. Services will begin with Mass and burial will follow. Donations in the form of hearty outdoor plants will bring a lasting tribute to her green thumb.

The family of Antoinette M Harvey created this Life Tributes page to make it easy to share your memories.

Send flowers to the Harvey family.