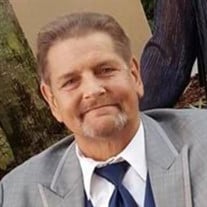 Robert “Boston Bob” Francis Simonds, 64, passed away peacefully surrounded by his loving family on December 21, 2020 in Saint Petersburg, Florida. He was born on June 25, 1956 to Roy and Barbara (Murphy) Simonds in Cambridge, Massachusetts. On March 19, 1977 he married his high school sweetheart, Tatja (Kwiecinski) Simonds. In 1983 they moved to Florida with their three children Chris, Danny and Angie and had two more children, Charlie and Amber. Bob loved his family dearly and was so proud of his kids. He had eight grandchildren who were his pride and joy. He worked hard his entire life to provide for his family. Survivors include his wife Tatja, sons Christopher, Daniel (Erika), daughter Angela Mascara (Vincent), son Charles (Sophath) and daughter Amber, his eight grandchildren Brooke, Daniel, Alivia, Landen, Maylee, Tierney, Jayce and Thomas. His mother Barbara (Murphy) Simonds, brother Roy V. Simonds II, sisters Kathy and Carolyn as well as his nieces and nephews. He was preceded in death by his father: Roy V. Simonds, his father-in-law Francis Kwiecinski, and his mother-in-law Hedwig Kwiecinski. A memorial service will be at Memorial Park Funeral Home on Friday, May 14, 2021 at 2:30pm. A reception will follow at 1114 63rd Street South, Gulfport, FL 33707. All are welcome.

The family of Robert Francis Simonds created this Life Tributes page to make it easy to share your memories.

Send flowers to the Simonds family.