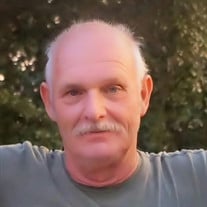 Raymond Henry Sanford III ” Rick” Son of Raymond Henry Sanford JR. and Ruth Mae Sanford, was born on June 24th, 1954 in Baltimore, Maryland. He attended and graduated from Crossland High School. At an early age Rick pursued his passions of being a technician, becoming the owner and operator of R&D Material Handling Services in Front Royal, Virginia. Later to become Lift Company in Pinellas County, FL. Ending his Career working alongside his 2 Sons Ricky and Randy at Industrial Lift Truck Co. He met and married his soul mate of 45 years, Dianna Sanford on May 4th 1976, and they have been side by side one another ever since. Their union was blessed with twin boys on September 5th, 1980, Raymond Henry Sanford IV “Ricky” and Randy Allan Sanford and their youngest son BJ, on November 14th, 1982, who shared the same birthday date with Raymond Henry Sanford Jr. Rick was an active member of his community and always willing to give a helping hand to his neighbors & to those in need. As a result of his generosity, Rick became known for his wisdom, reliability and being true to his word. Rick enjoyed his time boating and carpentry. He loved working on his house and wanted to travel more. He always took time for his family. Rick always wanted family close and really enjoyed the holidays when everyone could get together. Rick Passed away peacefully at home in the early hours on June 21st 2021 at the age of 66, watching his favorite show “M*A*S*H” which he named his 3rd son after his Favorite character from the 70s sitcom, Captain B.J. Hunnicutt. Raymond Henry Sanford III “Rick” survived by his beloved wife Dianna Sanford; his 3 sons Rick, Randy and Bj; his sister Robin, and 8 Beautiful grandchildren Austin, Scotty, Devon, Kyle, Kaylee, Karsyn, Kendall and Bryson. He also has numerous nieces, nephews and cousins. He will be remembered and missed by all.

The family of Raymond H. Sanford III created this Life Tributes page to make it easy to share your memories.

Send flowers to the Sanford family.