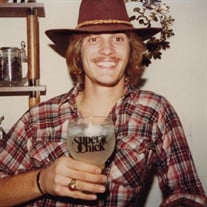 Raymond Arthur Gardner Jr., 63, formerly of St. Petersburg, passed away June 9, 2021 at Gulfside Hospice Center in Zephyrhills, FL. Ray will be lovingly remembered by his wife of 44 years, Theresa (nee Bailey) and his children, Dawn, Ray (Becca), and Todd Gardner, by his four grandchildren, Kiersten, Jack, Reid, and Kai, by his mother, Maria Gardner (nee Bachl), by his sister, Theresia (John) Westbrook, and by his brother, Jerry (Lisa) Gardner. Ray will also be forever remembered by his father-in-law, Wiley Bailey, mother-in-law, Joan Bailey, by his sisters-in-law, Missy (Jeff) Brangers and Dayna (Philip) May, and by his brother-in-law, John (Lori) Bailey along with numerous nieces, nephews, extended relatives, and dear friends. Ray was preceded in death by his father, Raymond Arthur Gardner Sr., and by his brother-in-law, Patrick Bailey. A memorial service will be held at Memorial Park Funeral Home in St. Petersburg on Thursday, June 17th at 4pm with a celebration of Ray’s life immediately following.

The family of Raymond Arthur Gardner Jr. created this Life Tributes page to make it easy to share your memories.

Send flowers to the Gardner family.