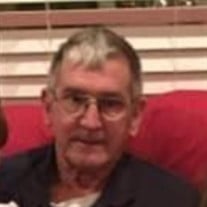 II Arnold, Prescott Niles (Ty, Scotty, Scott, Tycoon, Niles, Nales, and many other nicknames.) Born on May 6th, 1945 in Bethesda, Maryland to Prescott Niles Arnold II and Marie Gorgas Wrightson Arnold. He was the third child born to Marie and Prescott’s second child. He was predeceased by his bride of 34 years, Cathy Alice Perkins Arnold, Mother and Father, his oldest brother, Roger Price Gabriel. He is survived by his only daughter, Amanda Marie Arnold Loeffler, her spouse LCDR Jacob Charles Loeffler (USNR), 5 grandchildren, Rainey, Josiah, Zach, Isaac and Andre Loeffler, his siblings William Arnold (Bethesda, MD) and Julia Studds (Colorado Springs, CO.) Along with numerous cousins, nieces and nephews. Prescott was the third of four children, raised by his parents and after their early demise he was raised with love by his grandmother, Aileen Gorgas Wrightson, and Aunts and Uncles Dr. Raymond and Kathleen Spooner, and Dr. Robert Loring Olher and Priscilla Farrar Ohler. Prescott attended Maine Central Institute in Pittsfield, Maine from Sept 1963 to June 1966. While there he was his class President sophomore year and vice president his junior year. He played soccer all four years and was co-captain senior year. He ran track for two years and was in the Hex Nut Club and the Outing club for a year. Prescott was a proud veteran of the United States Navy Reserve and served as a cook on the USS Yellowstone during the Vietnam War. After his time in the service Prescott had many careers. He truly enjoyed bartending, driving trucks, driving an ambulance, building cars and ambulances, delivering appliances, delivering milk, and spent many years working for Pinellas County Highway Department as a Crew Chief. His hobbies included drinking, home improvement projects, tinkering with tools, helping his friends and family and doting on his grandchildren. He loved going camping with his family and bringing all the things with him. Waterskiing, ice skating, roller skating and other sports were very fun for him. Prescott passed away peacefully surrounded by his care team at Morton Plant Hospital early in the morning of February 21, 2021 after a brave and courageous battle with Lung Cancer. He valued his independence and freedom up until the end and managed to live on his own, cook his own meals, drive independently and take care of his own affairs. A memorial service has been planned for Saturday, May 29th at War Veterans Memorial Park, 9600 Bay Pines Blvd North, Shelter 4 from 10:30am to 12:30pm, please click the link http://evite.me/vgG9ku2QRx to let the family know if you will be attending. There will be a second memorial service at The Brady Residence in Belfast, Maine on July 17th, 2021. His ashes will be spread in North Carolina later this summer. Please email Amanda if you want those details. [email protected] Amanda is requesting that in lieu of flowers to please send donations in Prescott’s memory to www.everysmilehasastory.com to help other children like our Isaac who were born with craniofacial conditions.

The family of Prescott Niles Arnold Jr. created this Life Tributes page to make it easy to share your memories.

Send flowers to the Arnold family.