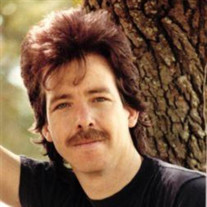 Paul Frederick Byther, Jr. passed away in Tampa, Florida on Sunday morning, August 22, 2021, in the loving arms of his wife, Ruth. Paul was born on August 14, 1951 in Washington, DC to the late Lt. Col. Paul F. Byther, Sr. and Hazel Rawls Byther. After his father’s military career, the family moved to his mother’s hometown, St. Petersburg, Florida, where Paul was the lead boy soprano in the choir of the First Methodist Church. Paul and his family enjoyed singing together and his love of music was formed early in his life. During his teen years, he started playing the guitar and singing in various local acts. He graduated in 1969 from Boca Ciega High School, Gulfport, Florida, and pursued his career in music. In the mid-1970’s, he was front-of-house audio engineer for such bands as Humble Pie, The Who and Joe Walsh. In 1976, Paul helped form the band Hoochie along with John Vasilakis, Larry Joe Harness, Steve Mullis, Mike Tut, and later, Beaver Felton. The highlight of Paul’s career with Hoochie was performing at the Florida World Music Festival in Orlando on April 14, 1979, opening for Aerosmith and Ted Nugent and performing for 63,000 fans. In time, Paul returned to his other passion, audio engineering. He ran sound for Blanco, and was audio engineer, lead guitarist and background vocalist for Rick Moon and Stormbringer. He worked at Thoroughbred Music as Production Manager and Chief Audio Engineer, responsible for all aspects of event production for such acts as the Henry Mancini Orchestra, Diamond Reo, Amy Grant, Bolshoi Ballet, Rosemary Clooney and Debbie Harry. In 1999, Paul’s love and knowledge of automobiles led him to become an Executive Customer Assistance Rep for General Motors, being requested by the Corvette Brand Team to represent GM at the Corvette Birthday Bash in Bowling Green, Kentucky for several years, the Corvette 50th Anniversary Celebration in Nashville, Tennessee, Corvettes at Carlisle in Pennsylvania, and the unveiling of the Camaro Concept Reveal in Detroit Michigan. He also represented GM at numerous auto shows around the country. Paul and Ruth Young Byther were married October 29, 1986 in Tampa, Florida and they had many adventures together, traveling to the Smoky Mountains, the Grand Canyon, New York City, Boston, Chicago, Detroit, and Dallas. They enjoyed raising greyhounds and whippets as well. Paul shared in countless lively conversations, his light-hearted banter was delightful, and the “Byther Humor” was legendary. He was always kind and loving to Ruth’s son, Chris Bernardo, his wife Selina, grandson Adam, and granddaughter Kiah. He taught them a love of music and always gave his best advice. He leaves behind many friends, his sister, Diana Byther and nephew, Hans Kirsch, and nieces, nephews and family who loved and respected him. Words cannot express how much Paul and Ruth loved one another and how much he will be missed. He was an amazing man who led an amazing life. A graveside service will be held at 1:00 PM on Friday, August 27, 2021 at Memorial Park Cemetery.

The family of Paul F. Byther Jr. created this Life Tributes page to make it easy to share your memories.

Send flowers to the Byther family.