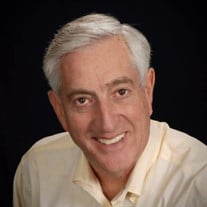 Marvin J. Gay 1942-2021 Marvin Joseph Gay, beloved husband, father, brother, grandfather, and dear friend to many passed away on November 7, 2021, with his wife at his side. He was just one week shy of his 79th birthday. Marvin was born in Little Rock, Arkansas on November 13, 1942. During his youth, he was an Eagle Scout and earned the Pro Deo et Patria award (For God and Country). He was selected to go to Boys State. He graduated from Little Rock Central High School in 1960 where history was made as schools shut down for a year due to the integration of the schools in Little Rock. He attended the University of Mississippi on a Naval ROTC scholarship. Upon graduation in 1964, he began his service to his country as a Lieutenant aboard ships during the Viet Nam War era. While stationed in Hawaii he met and married his first wife, Roselyn Thompson. After discharge from the Navy, they moved to New Orleans, LA, where he started his C.P.A. career with Arthur Anderson. Later, he was CFO for an oil and gas exploration company in New Orleans. He and “Ro” raised two children and were married 36 years until her death in 2004. In 2006, he married Leslie Wilson Royal and they moved to St Petersburg, FL in 2009 to be closer to family and sunsets on the beaches. They opened a business called Painting With A Twist together and have been successfully operating that for 12 years. Marvin is best known for his infectious laughter, never knowing a stranger, and his dedication and love for his family. His spiritual gifts were serving, caring, supporting, and he was a great listener and very perceptive of people. He was a man of integrity and humility. He was a tireless volunteer at the churches for which he was a member. He was a member of the Kiwanis Clubs in New Orleans, LA and St Petersburg, FL. He was gracious, not to be confused with graceful. He loved playing tennis at Aurora Country Club in New Orleans, where he served as Treasurer and President. He loved coaching and watching his children and grandchildren play sports. He was an avid football fan, especially cheering for the New Orleans Saints. Marvin was preceded in death by his parents, O.C. “Buster” and Allene Gay, a brother, Richard Gay and his first wife, Roselyn Gay as well as his canine companions Nugget, Ebony, and Grady. He is survived by his wife Leslie, daughter, Ashley (Scott) Hardy of St Petersburg, son, Stuart (Kristin) Gay of New Orleans, LA, stepson, Jason Powers of Lafayette, LA, brother, Robert (Peggy) Gay of Little Rock, AR, grandchildren, Spencer and Madelyn Davis, Hunter Stelly, and his canine companion Brizzy. Visitation will be held from 9:00-9:30 am followed by services at 9:30 am on Saturday, November 20, 2021, at Lutheran Church of the Cross, 4545 Chancellor St. NE, St Petersburg, FL 33703. In lieu of flowers, consider donating in his name to Ready for Life in Largo, FL or Southeastern Guide Dogs of Palmetto, FL.

Marvin J. Gay 1942-2021 Marvin Joseph Gay, beloved husband, father, brother, grandfather, and dear friend to many passed away on November 7, 2021, with his wife at his side. He was just one week shy of his 79th birthday. Marvin was born in... View Obituary & Service Information

The family of Marvin Gay created this Life Tributes page to make it easy to share your memories.

Send flowers to the Gay family.