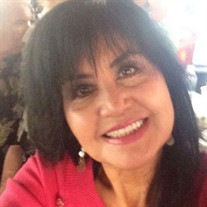 Linda Kimura-Dominick-Cretella went to be with Jesus, Feb. 20. 2021, just seven days shy of her 71st birthday. She was born Feb. 27, 1950 in St. Petersburg, Fl. At age 13, she was employed by the Surfer’s Club in Madeira Beach, which was a beachfront club for up-and coming bands in the 60s. It was the dawning of her love of music which continued throughout her life. She also learned how to run a business from the owner of the Surfer’s Club and she used those lessons when she began her career at Tampa Bay Newspapers in October of 1981. She retired as publisher and general manager of the award-winning group of community newspapers in 2001. While at TBN, she was a champion of the community and believed in government for the people by the people. She involved herself in the community and supported events and projects, including Ride and Run with the Stars and the Veteran’s Day Boat Parade. She also supported local chambers of commerce, businesses, civic organizations, community groups and individuals. She was known for her love of people, children and family. She was especially proud of her father, the late Herbert T. Kimura, who was one of the first Japanese-Americans to live in St. Petersburg. He fought in Italy with the Army’s 442nd Regimental Combat Team/100th Infantry Battalion, which was one of the most decorated in U.S. history. Linda and her father were active in the Go For Broke Education Foundation, which sought to bring attention to the heroics of Japanese-Americans during the war. She was preceded in death by her father and mother, Mary E. Kimura, sister Jan Kimura. She is survived by her husband, Mike Cretella; children, Jerry Lee Babcock II (Melissa) and Michelle Babcock (Timothy); grandson, Jerry Lee Babcock III (Jessica); brother, Tommy Kimura (Betty); and many other loving friends and family who will miss her dearly. "A Celebration Of Life" will be held on Sunday, March 28th, 2021, from 2pm-4pm at R Bar, 245 108th Ave. Treasure Island.

The family of Linda G Dominick created this Life Tributes page to make it easy to share your memories.

Linda Kimura-Dominick-Cretella went to be with Jesus, Feb. 20....

Send flowers to the Dominick family.