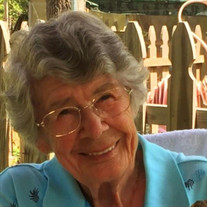 June M Neuberger Dingee; Born September 7, 1931 Passed away December 15, 2020. She was survived by her children: Richard Neuberger, Sr. (Terry), JoAnn Rogers (Dennis), Robert Neuberger, Sr. (MaryAnn), June Myers, Joyce Decker (Mass), and Ronald Neuberger (Charlotte). Grandchildren: Ralph Neuberger III (Mary), Lisa Rains (Darryl), Chip Neuberger, Lynda Neuberger (Dana), Amber Hall, Robert Neuberger, Jr. (Jenn), Jennifer Harper (Dan), LauraAnn Steger, Jessica Myers, Tabitha Bonds (Paul), Matthew Neuberger, Brenden Neuberger, T.J. Anderson, and Caitie Anderson. Greatgrandchildren: Xander, Pepper, Dylan, Alex, Logan, Branden, Andrew, Reese, Dan III, Rebecca, Conner and Bryn. She was preceded in death by her mother Sadie Monroe; her father Art Monroe, her first husband Ralph Neuberger, Sr., her second husband Alfred Dingee, her son Ralph Neuberger, Jr., her son-in-law Robert Myers and her grandson George Robert Myers. Our beautiful mother was born and raised in New York where she met our dad. After marrying and having 6 children, she and dad decided it was time to move south to warmer weather. They moved to Florida in 1964 and moved into a new home in 1967. “Surprise” child number 7 was born in this new house. This home would be her home for the rest of her life. The house was not the grandest or best kept in the neighborhood, but it was filled with much love and sacrifice. After mom and dad divorced, mom kept going. She worked in retail in St. Petersburg for Zayre, JByron, Target and Bed, Bath and Beyond. She would also pick up a second job now and then to keep the family going. Mom was also very athletic in her youth. She played club volleyball, and bowled in a league here in St. Pete. She wasn’t always able to donate money, so she gave her time. She spent countless hours helping the Muscular Dystrophy Association. We would collect aluminum cans, recycle them, and give the money to the Jerry Lewis Telethon every year. She worked behind the scenes in the mailroom or any other job that needed done. In lieu of flowers please make donations to the St. Petersburg Fire and Rescue Honor Guard Local 747. 5240 1st Avenue North, St. Petersburg, FL 33710 or to Joyce Decker c/o Nature Coast Tortoise Sanctuary. 7595 W. Taffeta Lane, Dunnellon, FL 34433 There will be a Celebration of Life on January 17th at Largo Central Park from 2-6pm. Shelter #1. RSVP to Richard or Terry at 727-418-3666 or 727-418-3665

The family of June M Dingee created this Life Tributes page to make it easy to share your memories.

Send flowers to the Dingee family.