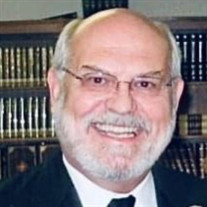 Gregory G Griffith, 75, passed away from pneumonia on December 4, 2021 at St. Joseph South Hospital in Riverview, FL. He was born June 28, 1946, in St. Joseph, Missouri, the son of Harold E. and Bette R. (Stephens) Griffith. Greg served honorably for three years in the United States Marine Corps during the Vietnam War as a radio operator and dispatcher, with Expert ratings in Rifle and Pistol, earning the National Defense Service Medal, Vietnamese Service Medal, Vietnamese Campaign Medal, and Meritorious Mast. He then went on to graduate with a B.A. in Liberal Arts from Cal State Fullerton in 1974. He had a successful career as a real estate developer in Iowa and Florida, and even got “back to his roots” with farming for a few years before returning to the business he loved and wrapping up his career as a developer in Destin, FL. Greg was (fittingly) gregarious, a mischievous MENSA member who owned any room. Known for his love of boating, scuba diving, flying his plane, deep sea fishing, driving fast things, bird hunting, country music, pride of service in the USMC, and of course, pretty women. He had a way with words and even after a debilitating stroke, could charm the socks off anyone with just a stroke of his beard and his dimpled smile. If you had popped in on him recently, you probably would’ve found him Googling the newest, best version of something he already had, with Fox News in the background and a Reese’s cup nearby to help him sleep. Witty, clever and a dreamer to the end, he may have told you about his plans to escape to Costa Rica for retirement. He had a special relationship with each of his daughters and was a constant source of advice, encouragement, and a laugh when needed. He was preceded in death by his father, Harold. Surviving in addition to his mother Bette Griffith of Snellville, GA, are his daughter Kelly Griffith of Roswell, GA; his daughter Kristin (Griffith) Regans and her husband Jeremy of Brandon, FL; his daughter Kimberly Griffith of Gainesville, FL; his daughter Kassady Griffith of Niceville, FL; five grandchildren, Dylan Regans, Lyla Regans, Judah Regans, Stella Regans, and Myles Wargo; one brother Geoff Griffith, and one sister Mary Griffith. Per his wishes, Greg will have his ashes scattered by his family in a private ceremony at sea in Destin, FL on his birthday next summer. In lieu of funeral flowers, cremation/service expense donations are greatly appreciated. Monetary donations can be made through the following link: https://gofund.me/03ac386b. Please share your favorite memories of Greg in the comments section as a keepsake for his family.

The family of Gregory G. Griffith created this Life Tributes page to make it easy to share your memories.

Gregory G Griffith, 75, passed away from pneumonia on December...

Send flowers to the Griffith family.