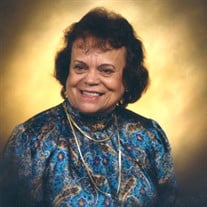 Gloria Thomas Willcox, born Gloria Eusebia Thomas on September 16th, 1933 in New Orleans, Louisiana, passed away on Friday, May 14th of this year after a long struggle with the aftereffects of a radical duodenal cancer surgery. Gloria was a longtime resident of Tampa and St. Petersburg, Florida, and she is probably best remembered as the creator of the Feeling Wheel, a visual tool she created in 1982 to help couples in therapy identify and express their feelings. She modeled this instrument, to a certain extent, on the Wheel of Emotions created a few years earlier by Dr. Robert Plutchik. Her version, however, was the first of its kind to be created for specific use in marriage and family therapy sessions, and currently remains widely in use in many settings today. She met her life-long husband, Herbert Willcox, at Stetson University in 1952, where she became a member of Zeta Tau Alpha National Sorority. They were married in December of 1954, and she completed her undergraduate degree in Religious Education at Stetson shortly thereafter. She went on to Counseling and Psychology at Tennessee Technological University, where she received her master’s in 1968. In 1977 she began her counseling career as a Licensed Marriage and Family Therapist at St. Luke’s United Methodist Church, where she would serve as a Christian Counselor for thirty-two years. She received her doctorate in Counseling Psychology from International University in 1982 and became the Executive Director of the Network of Christian Counselors in 1996. She published her best-selling book Feelings: Converting Negatives to Positives in 2002 with the assistance of Olive Young. In 2009, she authored and published The Rhythms of Grace, a work that also served as the curriculum for a class in Developmental Psychology that she taught that year at St. Petersburg Theological Seminary. In addition to teaching, she also mentored many students. In her later years, she published several more works that included the devotional book The Rainbow Connection, which she co-authored with her sister Phyllis Edwards. She enjoyed games, puzzles, competing and winning, playing basketball, Qigong, shells, sunsets, walks on the beach and hikes in the mountains, as well as swimming. Her favorite emotion was joy, and her favorite noun was “Glory”. She loved to sing, and found the most fulfillment in being in ministry. She stayed in ministry to those fortunate enough to know her all the way through to her final days. She will be long remembered as a brilliant psychologist, a loving mother and grandmother, an effective public speaker and community leader, and a highly motivated and motivating person fascinated with life, love, laughter, and nature. She has now “gone on to Glory” and we look forward to seeing her again soon. Gloria is survived by her sister – Phyllis Gwendolyn Edwards (husband John Hardy Edwards) in Sapphire Valley, North Carolina and much-loved family: daughter – Feral Yvonne Willcox in Chiang Mai, Thailand; son – Douglas Ralph Willcox in St. Petersburg, Florida; son – David Eugene Willcox (wife Pamela Sue Willcox) in Conifer, Colorado; granddaughter – Kelsey Laura Graywill in London, Great Britain; and grandson – Christopher Scott Willcox in Conifer, Colorado. Funeral service will be held at 11:00am at St. Luke United Methodist Church, 4444 5th Ave. North, St. Petersburg Florida 33713 with burial to follow in Memorial Park Cemetery.

Gloria Thomas Willcox, born Gloria Eusebia Thomas on September 16th, 1933 in New Orleans, Louisiana, passed away on Friday, May 14th of this year after a long struggle with the aftereffects of a radical duodenal cancer surgery. Gloria was a... View Obituary & Service Information

The family of Gloria Willcox created this Life Tributes page to make it easy to share your memories.

Send flowers to the Willcox family.