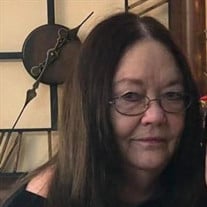 Elizabeth Ann Hoefling, 71, of Pinellas Park, Florida, formerly of Evansville, Indiana, passed away Friday, February 5, 2021 at Bayfront Health in St. Petersburg, Florida. She was born September 25, 1949 in Evansville, Indiana to the late Joseph Beaven and Maggie Victoria Beaven (Carroll). Ann started out working as a hairstylist in Evansville before moving to New York City. After arriving in NYC, she started modeling and landing jobs doing runway modeling, catalog modeling, and various types of fashion shows, but she specialized in hair and face modeling with Vidal Sassoon. In the early ’80s, she moved to Florida, in the St. Petersburg area, and decided to get her real estate license. She made a full career of this, specializing in the time-Share business, and was quite successful. During this time, she also graduated from nursing school, where she would have a back-up career if needed. While working in real estate and going to school, she somehow found the time to write three books: Her Conquering Hero, His Highland Enchantress and His Highland Temptress. She is survived by her significant other, Bill Haire of Pinellas Park, Florida; son, Mark Roberts of Evansville, Indiana; nephews, Bo Minton (Becky) of Evansville, Indiana, Billy Minton (Katie) of Miami, Florida; nieces, Georgia McCarty (Tim) of Boonville, Indiana, Frances Merritt (Jeff) of Owensboro, Kentucky, Donna Johnson (Bruce) of Kingman, Arizona, and Janet Dowling of Kingman Arizona. In addition to her parents, she was preceded in death by her sister, Mary Florence Minton; nephews, Lonnie Cooper and Leon Cooper; nieces, Linda Beard and Vikki Dalton. There will not be a funeral service or a visitation, but a memorial is being planned for the near future.

The family of Elizabeth Ann Hoefling created this Life Tributes page to make it easy to share your memories.

Send flowers to the Hoefling family.