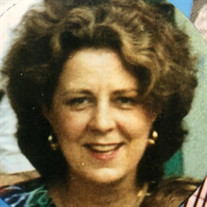 Elaine Mary “Lainie” Durbin, 71, of St. Petersburg, departed this life peacefully June 3, 2021 at Tampa General Hospital surrounded by her loving family. She was born at West Point, NY, to Col. Rollin B. and Helen Mahan Durbin. As a one-year-old in 1950, she began her travels as a military dependent residing first in Berlin then in Heidelberg, Augsburg, and Goeppingen, Germany, followed by Norfolk, VA, Ft. Benning, GA, Tampa, FL, Ft. Hamilton (Brooklyn, NY), Ft. Jay (Governors Island, NY) and finally to St. Petersburg. After attending St. Leo College and earning her B.A. in History from Florida State University, she relocated to NYC and worked several years as an administrator at Chase Manhattan Bank. She then found her true calling and spent the remainder of her career with various governmental and private entities training, counseling, guiding and placing disadvantaged individuals in initial or new career paths. Elaine was beautiful inside and out and known as the “cool” daughter/sister/aunt with the sparkling blue eyes who never failed to generously remember her many loved ones on birthdays and holidays. She loved animals, too, and took great joy in rescuing abandoned dogs and cats from the streets of Brooklyn. Waif, Ginger, Stormy, Stripey along with many others enjoyed a good life thereafter thanks to Elaine. She was preceded in death by her parents and brothers William, Edward, Thomas and Michael. Survivors include brothers Donald and Robert of Seminole, Patrick (Carol) of Gainesville; sister Jeanine McMahon (Arthur) of Chatham, NJ; nephews Arthur McMahon (Stephanie) of Cincinnati, Devin McMahon of Bayonne, NJ and Blaine Durbin (Catie) of Gainesville; nieces Alana McMahon Henderson (Cabot) of Manhattan, Kayla Durbin of Charlotte, NC and Janelle Durbin of Tampa; grand-nieces Darcy McMahon, Cordelia Henderson and Kiera Durbin and grand-nephew Cabot Henderson. Arrangements were by Memorial Park Funeral Home, St. Petersburg. Those who wish, may donate in her memory to the Tunnel to Towers Foundation (www.t2t.org).

The family of Elaine Mary Durbin created this Life Tributes page to make it easy to share your memories.

Send flowers to the Durbin family.