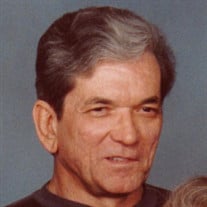 Craig Paul Harris (January 19, 1946 – September 15, 2021) Craig Paul Harris, 75, died Wednesday, September 15, 2021, at home in St. Petersburg, Florida with his wife, Rebecca Ryan-Jones, at his side. Craig was born in Cleveland, Ohio, the son of Kennedy and Arthurine (Cupp) Harris. Craig lived and attended schools in Alexandria, Virginia, St. Petersburg, Florida and Fairfax, Virginia as a child and young adult. During his twenties, he lived with and served as a "3rd parent" to his half siblings. He had a long and varied career in the Washington DC area. He was primarily self-employed as a home remodeling contractor, but also accumulated a remarkable number of other skills and experiences along the way. He retired in 1999 and returned to live in St. Petersburg. For many years thereafter, Craig and Rebecca traveled up and down the East Coast combining her work with their adventures. He valued family and friends and loved visiting and being visited, especially to see his nieces and nephews. Craig’s lifelong love of animals led him not only to establish households that included interesting and beloved canine, feline or other non-human companions, but also to a degree in biology from George Mason University in Fairfax, Virginia that he pursued for the joy of it and finished in 1981. Craig was a very serious person blessed and cursed with impeccable comic timing. He felt the pains of life deeply and had a passion for finding joy and humor in it whenever he could. He loved to gather around a table or on a lawn or beach to play a game and to get people laughing so hard that the game was forgotten. Craig was fascinated by cars. He almost always had a practical work vehicle, but was really devoted to his MGBs and later his Firebird. He also loved light and music. He delighted in taking friends and loved ones out to witness spectacular concerts, auto races, storms and sunsets. His living spaces invariably sparkled with decorative lights after dark and usually featured a high-powered stereo system, and a room, or two, devoted to weightlifting equipment. He lifted weights as a hobby and a fitness activity throughout his adulthood and was a compelling advocate for its benefits. In addition to his wife, Rebecca, and their feline companions Sara and Dara, Craig is notably survived by his sister Cheryl Witt of Chula Vista, California, half-brother Brett Harris and sister-in-law Lynn Harris of Chelsea, Michigan, half-sister Tracy Beachum of Fredericksburg, Virginia, cousins Rita Estrada of St. Petersburg, Florida and Carl Juran of Manassas, Virginia and nephews Duncan Harris, of Ann Arbor, Michigan, Martin Harris of Holland, Michigan and nieces Ashley Seipp and Carley Beachum of Fredericksburg, Virginia and Phoebe Harris of Chelsea, Michigan. Craig did not stand on ceremony. He preferred to keep things simple. Per his wishes there will be no services. In lieu of flowers, his family asks that you celebrate his life with a memorial gift to the ASPCA, or to your local non-kill animal shelter.

The family of Craig Paul Harris created this Life Tributes page to make it easy to share your memories.

Send flowers to the Harris family.