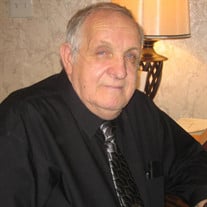 Christopher Silas Upchurch, age 79 of Largo, Florida, passed away peacefully on March 6th, 2022, with his family by his side. He was a longtime resident of Erie, Temperance and the Upper Peninsula of Michigan. His passing is proceeded by his beloved parents James and Dixie Upchurch, his brother Michael Upchurch and sister Edna Johnson. He leaves to forever cherish his memory, his wife Vicki (Kirkman) Upchurch and children. Chuck (Laura) Hackenberg, Chad Upchurch, Tricia (Thomas) Kladovasilakis and Christopher L Upchurch. His grandchildren Tara Hackenberg, Sean (Taylor) Hackenberg, Jessica (Kevin) Moore, Thomas, Michael and Nikolas Kladovasilakis. Great-grandchildren Ashton, Aliyah, Braydon Harter, Kyler and Sadie Hackenberg, Rilynn and Makenna Moore. Siblings are James (Lorraine) Upchurch, William (Jolene) Upchurch, Mary Ann Chapman, Kenneth Upchurch, Paul Upchurch, Sandra Murray, Charles (Julie) Upchurch, Christine Upchurch, Thomas Upchurch, Ronald Upchurch, Juanita (Jeffery) Ingmire. Christopher (Sonny) was born in Wauseon, Ohio on November 14, 1942. Son of James W. J. Upchurch and Dixie Jewel (Reed) Upchurch, he was the eldest of their 14 children. A Vietnam War Veteran, he joined the United States Navy in June of 1961. He boarded the USS Jupiter and USS Kitty Hawk. In June of 1965 he was relieved from active duty with an Honorable Discharge. Christopher married Vicki Upchurch on June 10, 1978 at St Paul's Lutheran Church in Temperance, Michigan. They would go on to have 3 children and 3 grandchildren. In 1981 they moved from Michigan to Florida where they would live for the next 16 years raising their children. After the Navy, Sonny eventually found himself working in construction as a carpenter. This would become his lifelong career. He worked his way up to Superintendent. He mostly worked out of town on projects for hospitals, school buildings, and stadiums. In 1986 he worked in Moscow, Russia for over a year working on a wing at the American Embassy. Sonny was best described as a family man. He loved to fish and hunt. He enjoyed talking on the phone to his siblings, watching John Wayne movies, and summer visits from his grandchildren. He was a sports man. He loved his Dallas Cowboys, New York Yankee’s and Michigan Wolverines. On June 4th, 2022, there will be a celebration of life held in Erie, Michigan at the VFW Hall, 3925 Erie Rd, Erie, Michigan at 2:00pm.

Christopher Silas Upchurch, age 79 of Largo, Florida, passed away peacefully on March 6th, 2022, with his family by his side. He was a longtime resident of Erie, Temperance and the Upper Peninsula of Michigan. His passing is proceeded by his... View Obituary & Service Information

The family of Christopher Silas Upchurch created this Life Tributes page to make it easy to share your memories.

Send flowers to the Upchurch family.