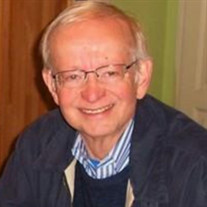 CHALU, Acton Wayne 72, completed his work and journey on earth when he was called home by his Lord and Savior Sunday, January 17, 2021. He is survived by his wife, Cynthia Chalu of Franklin, North Carolina; sisters, Carol Chalu and Lauren Chalu (Jimmy) of Clearwater, Florida; sons, Robert Finck (Rennie) of Parrish, Florida and John Finck (Jennifer) of Sandy Springs, Georgia. His two beautiful granddaughters, Annabelle and Berkeley Finck also reside in Sandy Springs, Georgia. Wayne was born in Cleveland, Ohio October 24. 1948, graduated from Glenbrook North High School in Northbrook, Illinois, and received his teaching degree in Political Science from the University of Illinois at Chicago. After graduating, he taught American history at Deerfield High School, in Deerfield Illinois before going on to receive his Juris Doctor from Stetson College of Law in St Petersburg, Florida. While he was a law student and working part time at Bayfront Medical Center, he found his future wife, Cynthia, a registered nurse, who was there just in the right place at the right time. They were married 45 years ago at Garden Crest Presbyterian Church in St. Petersburg. Wayne had a remarkable 35-year career as a criminal attorney with the State of Florida, serving in both the Hillsborough County Public Defender's Office and the Office of the State Attorney, 13th Judicial Circuit. During his tenure, he held noteworthy positions including Chief Assistant Public Defender in Hillsborough County, and then later, Chief Assistant State Attorney, Chief of the Economic Crimes Division, prosecutor in the homicide division and during a crisis moment in Hillsborough County, he stepped up as the Acting State Attorney for an interim period. In 1995 he was awarded a certificate of appreciation from the DEA, US Department of Justice, for outstanding contributions in the field of drug and law enforcement. In 2010, Wayne was selected to receive the Bell Childers Award from the Tampa Police Department, which stated that his "unselfish contributions and exemplary achievements through the professional practice of law, has made the city of Tampa a safer place to live, work and visit.". His dream of retirement in the beautiful cool mountains of Franklin, North Carolina became a happy reality in 2010. He stayed busy as an active member of Holly Springs Baptist Church by serving on the deacon board, teaching adult Bible classes and singing in the choir. Wayne loved living in the Mill Creek community and was happy to serve on the Mill Creek Board of Directors (MCEPOA) from 2016 2019 and to serve as a volunteer driver for Care-Net, a local food bank, where he enjoyed giving to others. Wayne had a passion for singing along with his wife in Mountain Voices, Hilltop Singers, and the Western Carolina Community Chorus. Before that he sang in Men Macon Music. He would tell you that the most amazing thing he ever did was just this past year, when he traveled to New York City with the Franklin First United Methodist Church choir to sing Rutter's Requiem in Carnegie Hall. Wayne was compassionate, honest, kind, patient, thoughtful and humble. When asked how he wanted to be remembered he said that he wanted others to know "he always tried to do the right thing". Friends and family will fondly remember his keen sense of humor and what a storyteller he could be. When asked what he was going to do next, he always said he was going to "get back on the golf course". When he suddenly passed away, he had been busy cheering on the Tampa Bay Buccaneers as they made their way through the playoffs. While he will be deeply missed by his family and the great many friends he established along the way, Wayne is with our heavenly Father now which brings us much peace and comfort. He would tell you COVID-19 is a terrible disease and pray for you to stay safe. A graveside service will be January 30, 2021 at Memorial Park Cemetery in St. Petersburg, Florida with family present and with the sound of bagpipes playing Amazing Grace. In lieu of flowers, donations can be made in Wayne's honor to the Holly Springs Baptist Church "Just One Thing" Building Fund or to the Second Mile Food Bank, both at hollyspringsbaptist.org or by mail to Holly Springs Baptist Church at 366 Holly Springs Church Road, Franklin, NC 28734.

CHALU, Acton Wayne 72, completed his work and journey on earth when he was called home by his Lord and Savior Sunday, January 17, 2021. He is survived by his wife, Cynthia Chalu of Franklin, North Carolina; sisters, Carol Chalu and Lauren Chalu... View Obituary & Service Information

The family of Acton Wayne Chalu created this Life Tributes page to make it easy to share your memories.

CHALU, Acton Wayne 72, completed his work and journey on earth...

Send flowers to the Chalu family.